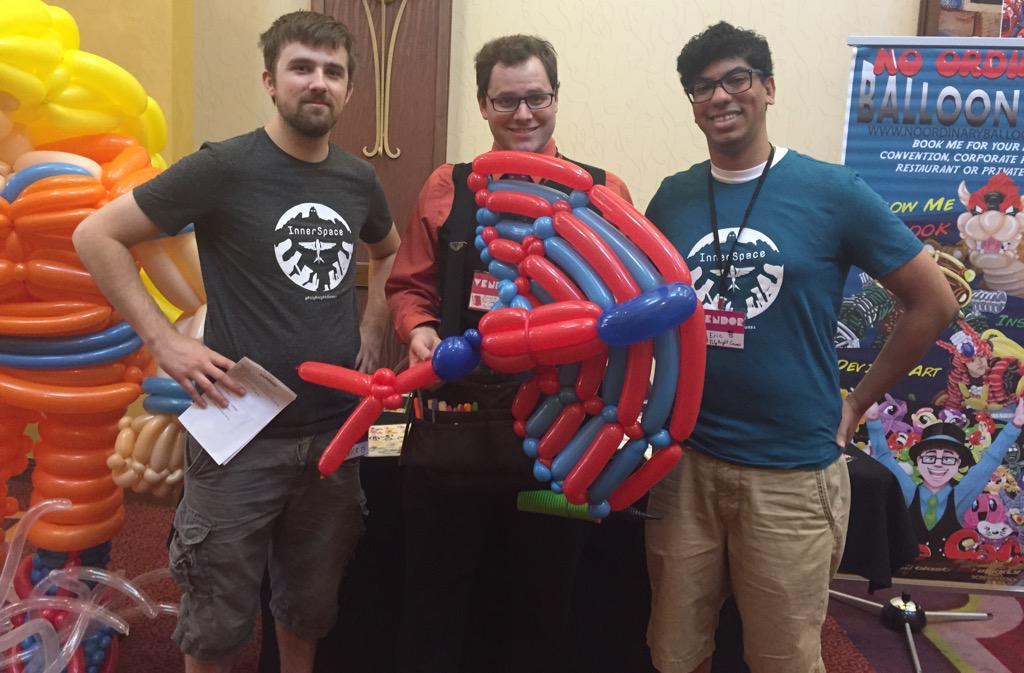 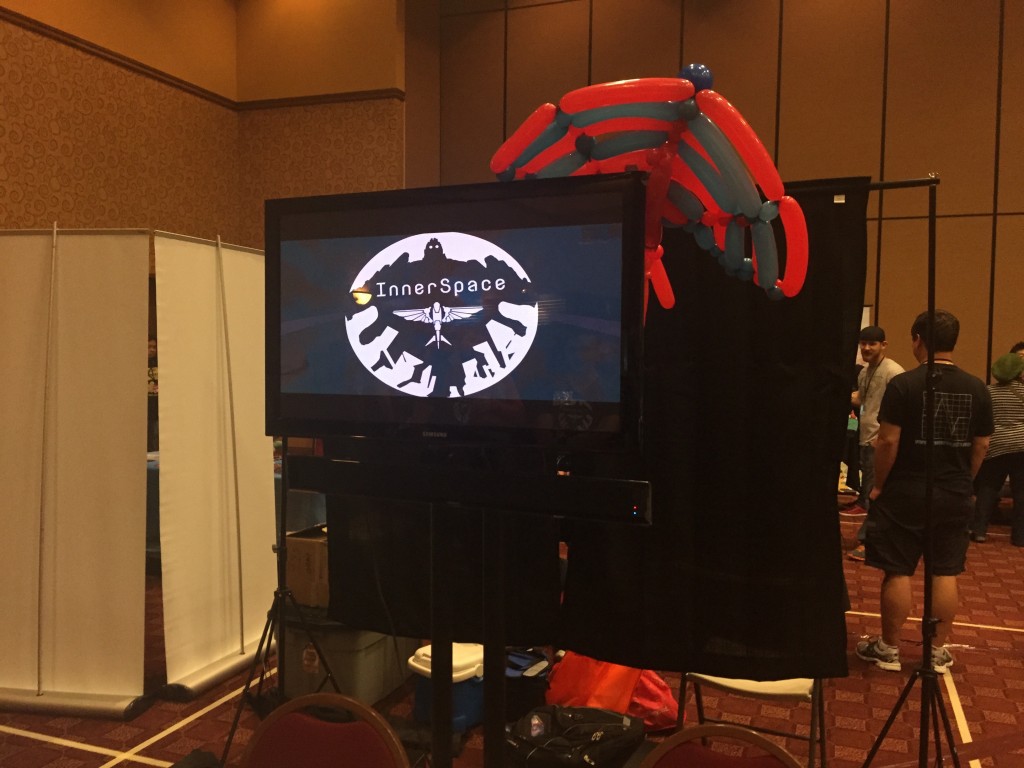 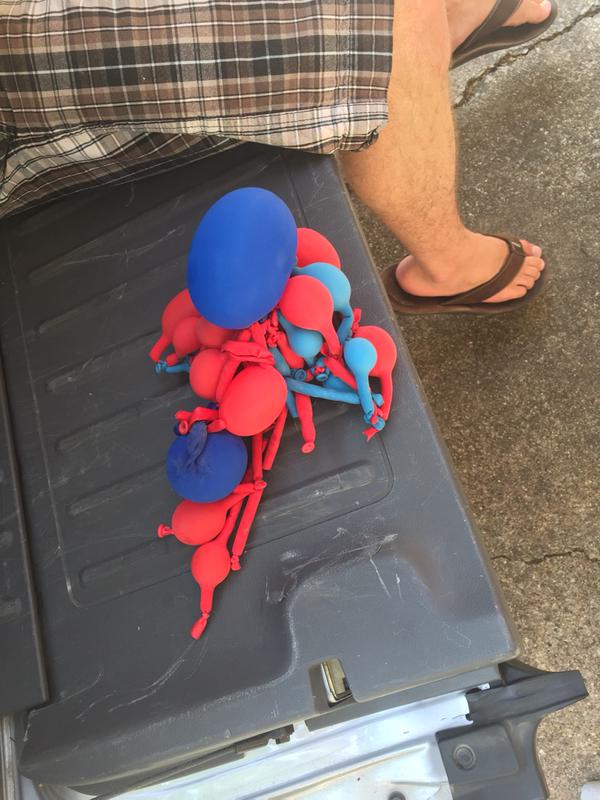 Sad news, today. After nearly two weeks of bringing smiles to the PolyKnight team’s faces, posing majestically atop the video screen at our SGC booth and…resting in the back of Tyler’s car, the InnerSpace balloon plane (courtesy of No Ordinary Balloon Man) has seen its last moments. We’re each showing it our respect, in our own ways.

Two weeks ago, we spent the weekend at the ScrewAttack Gaming Convention, held here in our hometown. We were able to meet other developers, some cool online personalities, and definitely the coolest, a ton of people that played the game. We received a pretty positive reception from almost everyone that dropped by the booth, and it was thrilling to see people outside of the dev team play the game for first time.

Along with building the new environment, our code team is wrapping up the addition of a few new features. While watching people new to the game play, we were able to take a great deal of mental (and actual) notes. Taking a few of those lessons to heart, we’re focusing heavily on how to improve feedback for players. One example of this is via controller vibration based on the plane’s proximity to nearby relics. Along with sound cues that were already implemented, we’re hoping that this helps guide players around the world more organically. 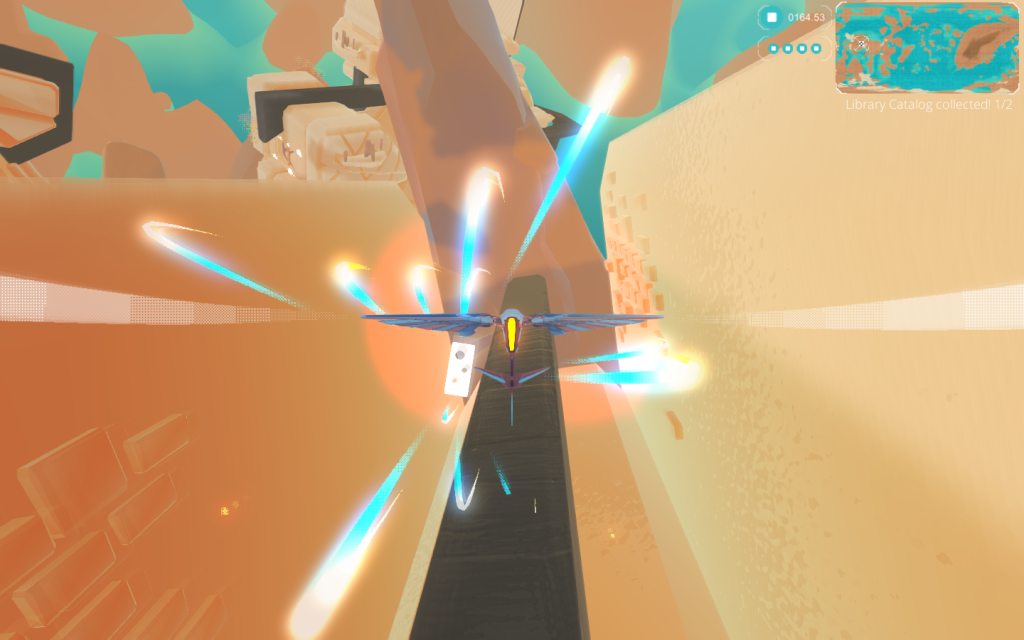 Since the new world is frozen, we wanted to populate it with structures that could only exist in such a world. As such, these glacial “swooping” assets portray the effects of the sphere’s unique gravitational pull on water and, subsequent, frozen terrain.

I mentioned previously that Steve made some updates to the game’s shaders specifically for the Ice Desert. Over the past few weeks, he and Tyler made a variation of it to simulate snow and provide a distinction between the “snow” and “ice.” As you watch the gifs, notice that the snow always remains on the top, due to the lighting effect.

The effect of the new tweaks can really be seen when compared with the previous ice shader, as seen in the most recent trailer we put together for the ScrewAttack Convention