We’ve been really, really, really hard at work, and I have to tell you, there’s nothing like that first moment during development that the game starts feeling like, well, a game. There’s a joke among developers that says games are virtually unplayable for about 80% of development, then it suddenly comes together. While I’m not sure that’s 100% accurate, there’s some truth to the exhilaration of suddenly feeling like the project is more than just 3D assets and code.

One of the major steps we’ve made over the past month was finally implementing relics into the game. As part of the process, we determined what about the world we wanted to portray, followed by the types of items that would do so most successfully. Finding a good mix between visual and textual storytelling has been one of the great challenges regarding the relics. The Archaeologist will tell you a great deal about each, but even he’s a stranger to this world. There may be times he’s wrong. Each player will have have to defer to his or her own judgements based on what they see, in conjunction with the Archaeologist’s, to learn the history of the world. 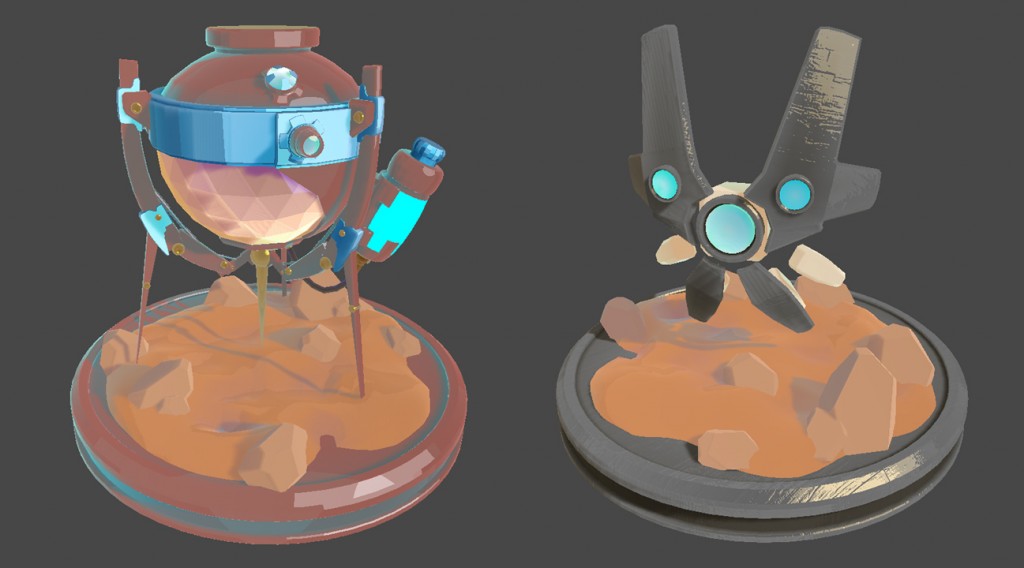 In the past few months’ Kickstarter updates, I described the process of constructing the towers, from creating the system of modular pieces, to actually designing them. The last step is a broad concept we call “beautification,” which mostly involves adding the hanging houses and gardens left by the civilization, as well as detailing the interiors.