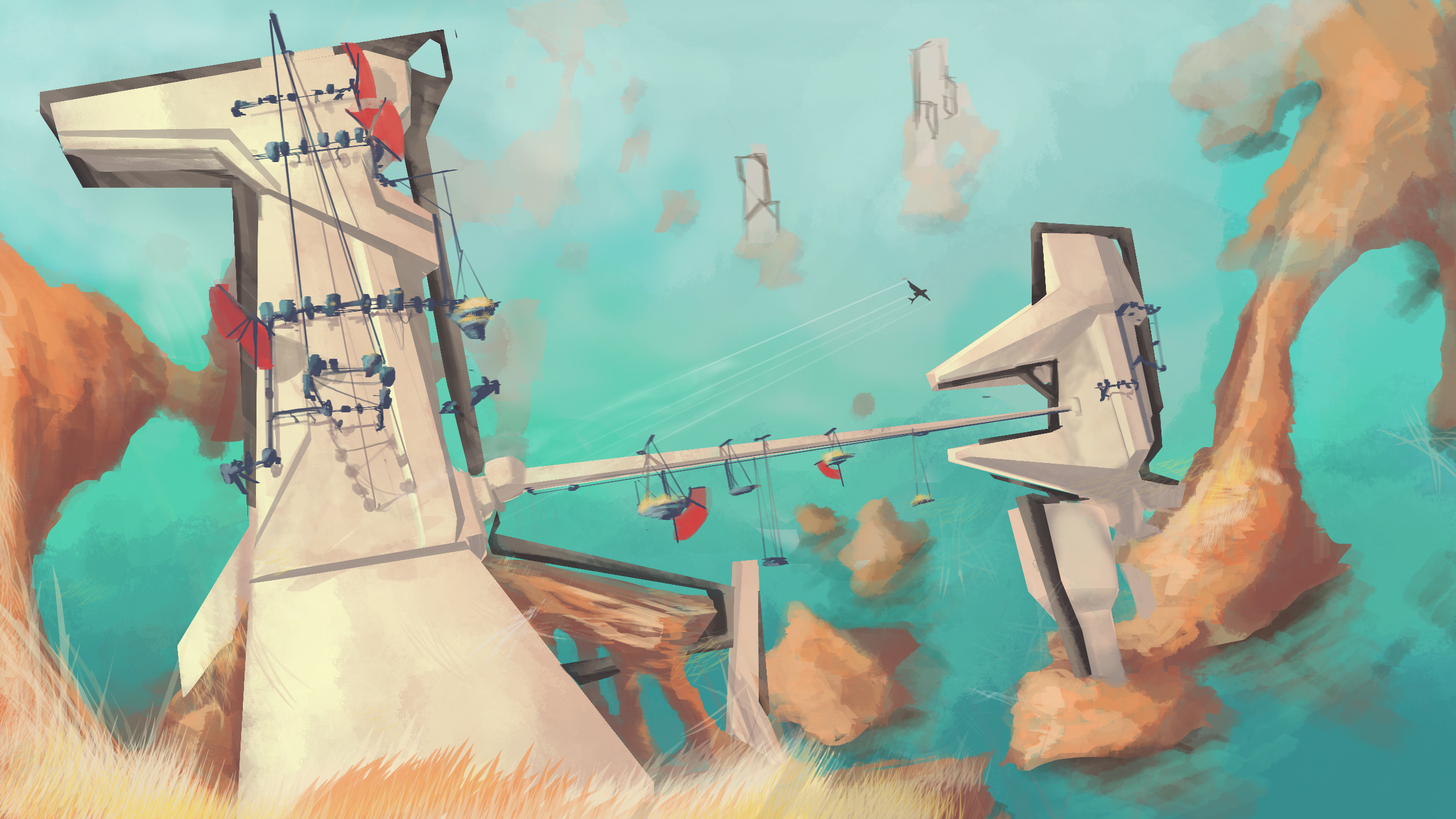 Well, hello! My name is Chris Miller, first-time PolyKnight Games blog contributor, but also your sound designer and music composer on InnerSpace.  If you’re reading this post, you may have some interest in sound design/music for games.  If not, give me 10 minutes of your time; maybe I’ll be able to shed some interesting light on the subject, while also introducing the music for InnerSpace. 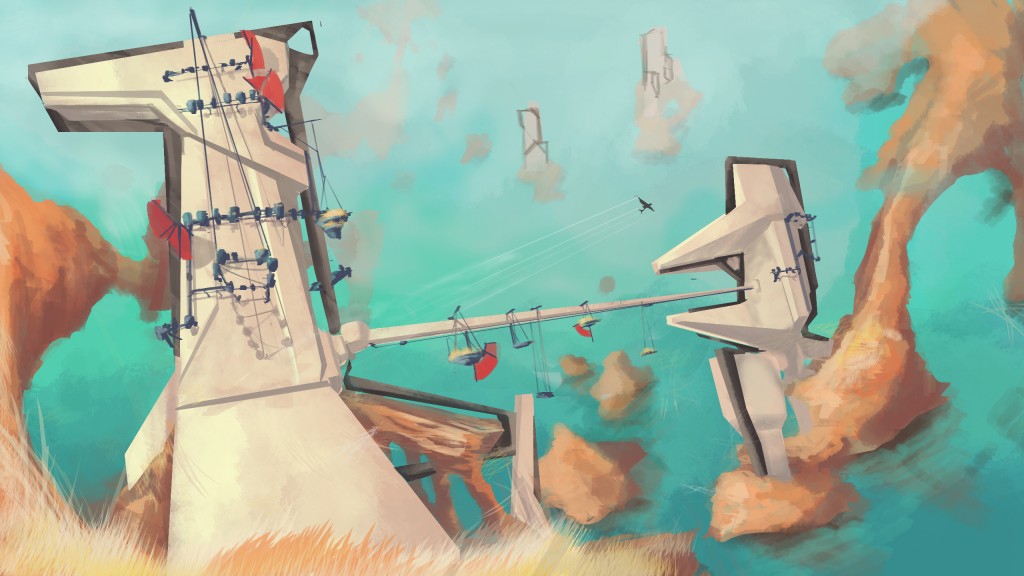 Finding the Essence of a Gaming Experience

I’ve always found it difficult to write about something as abstract as music because it’s so essential, yet so subjective.  As a composer in the game development realm, my job is to enhance not only an already created world, but to support the presentation of the world to the player in the way that it was intended to be presented.  Unlike film, games provide an experience that is purely interactive.  So, when writing music for a game, composers surrender control of their music to the player and the player experience.  When asked about his work on 12 Years a Slave, Hans Zimmer, one of my favorite film composers, responded by saying “ I feel that there is nothing to say about the music; you should only talk about the movie.”  I believe that this is the best and simplest way to describe the identity of a game composer.  The composer’s mission is to find the essence of the game and enhance it in order to add to the player’s experience.  Ultimately, the music is an integral component of the game and it cannot be separated from the visual aspects because they work together to create a unified experience.

Trusting Your Gut and More Importantly, Your Ear

Composing music for games provides a creative challenge that I think is difficult to find.  It requires a very intensive level of compromise and collaboration.  However, through all that compromise and collaboration, there’s always room for trusting your gut and your ear.  I understand that composing music for a game (especially if you’re relatively new to the environment) can be overwhelming at first, but over time you will find that you are confident enough in your own judgment to make creative decisions, even without your director’s consent.  So far, in my experience as a composer for games, I’ve found that the most rewarding decisions I ever made were ones that I made entirely of my own accord, all in the name of experimentation.  It showed my directors that I was willing to take the initiative to attempt to present their game or concept in a way that hadn’t even occurred to them.

My Introduction to the InnerSpace Aesthetic

Naturally, I realized that because of this emphasis on stylized design, music for the game would be a challenge.  We understood right away that we wanted something purely electronic, making use of a wide array of synth instruments.  I was a little uneasy at first, because when working with electronic instruments, you get nothing for free.  You’re generally designing the sounds yourself, and the possibilities are endless.  The process introduced me to a genre of electronic, almost ambient, music I had never heard of before.  I began playing artists such as Gold Panda and Tycho on repeat, because of their choices of not only synths and drum kits, but the ways that they had the two relate and complement each other.

I must have listened to this track a hundred times.  I was fascinated by the concept of a structure that maintained long, sustained synths, which was counteracted by upbeat, complex drum patterns.

Another example of a structure that maintains a slowly progressing synth melody, but is counteracted by fast-paced, always changing drum patterns.

This track served simply as a reference for possible synth sound ideas/combinations.  I fell in love with the edgy countermelody synth that starts at about 12 seconds in.

This is another example of a reference for individual synth sounds, like the ones playing from :01-:32

In my experience, instrumentation is the most time-consuming part of creating music for a game because it’s the phase that involves the most collaboration.  By this point, I’m working closely with the director, in order to understand and get a feel for the tone of the game.  I spent almost a month designing the synth and drum sounds before even attempting to write a real melody.  The piano bell sound was the first sound that I worked on, since I felt that it adequately captured the airiness of flight.  I also attempted to add a fast-paced drum pattern with a low, sustained synth, but they were scrapped.  The bell melody in the first pass wasn’t even intended to go into the final piece, but I was able to keep certain parts of it as a motif.

From that point on, I worked on designing each sound, one at a time.  I slowed down the overall tempo of the drums, but added complexity, which seemed to help the pacing.

This version shows the first sign of structure that is maintained in the first section of the completed piece.  From here on out, I added layers of instruments that I felt complimented the others while simultaneously filling empty space.

One of the most interesting sounds to work on was the high-pitched reversed sample that you will hear periodically throughout the next iteration.  It started as a recording of an old-time alarm clock, and I reversed the waveform and added some delay and pitch shifts to it.  I thought it would be an adequate higher sound to counteract the lower synths, as well as help highlight transitions in the music.  The lower synth sounds that you hear periodically are fairly reflective of the synths in the references that I mentioned above: they provide some movement to the piece, but all in all are fairly stagnant.

Finally! A full song structure!  This version was intended so bring the main melody around full circle, thus resolving the piece.

After this version, minor instrument tweaks and sections were added in order to build layering, and the song was mixed and mastered to create…..

This was my overall approach towards composition for InnerSpace and how I arrived at the final version of the main theme. Hope you enjoyed listening to it as much as I enjoyed making it.